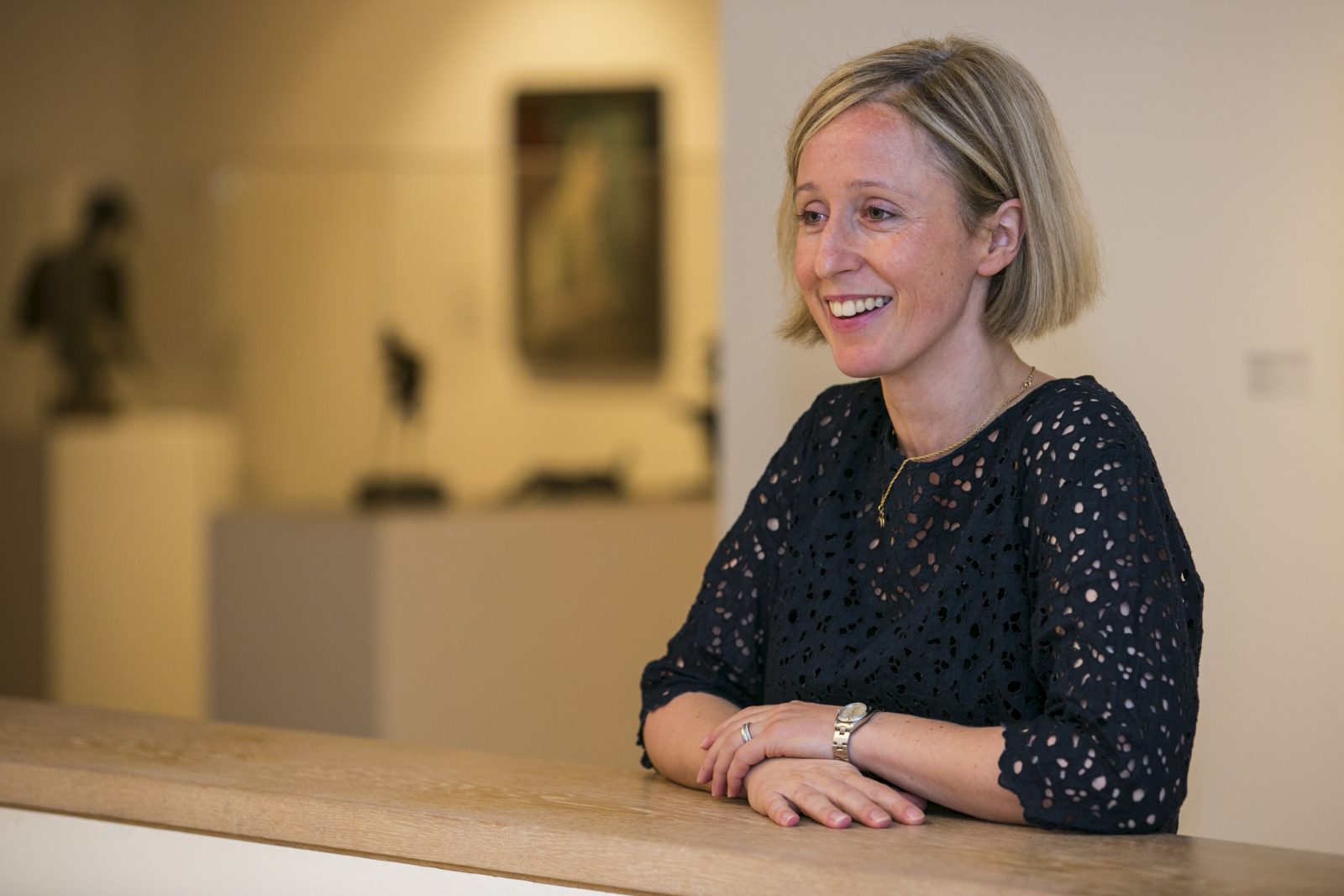 We recently caught up with Lara Wardle, Curator of The Jerwood Collection and chatted about her latest project – In Focus: Edward Burra – A Rye View, to which we lent our watercolour ‘Ropes and Lorries’.

Edward Burra (1905-1976) is one of my favourite 20th century British artists and his work is unique and extraordinary. When I first came across a work by Burra, I was mystified by the strange characters that loomed across the composition. What were they doing and what did the work mean? Part of my fascination with Burra’s work comes from the fact that he rarely titled his works, leaving the interpretation to others.
Despite being in constant pain suffering from rheumatoid arthritis, Burra painted compulsively throughout his life, producing vibrant and ambitiously scaled works, nearly always in his chosen medium of watercolour as he found oil paints too heavy for his arthritic hands.
This two room exhibition brings together a group of Burra’s watercolours that depict the East Sussex coastal towns of Hastings and Rye, alongside other works including prints and archive material. Burra’s family home, Springfield Lodge, was in Playden on the outskirts of Rye and he was a frequent visitor to Hastings throughout his life. The works included span the whole of Burra’s career: a delicately composed work, The View, illustrating the vista from his parents’ house dates from 1927; while a large and vibrant painting, Hastings Pub, depicting the interior of the Cambridge Arms with the crowded group of patrons dressed in garish 1970s garb, was painted by Burra towards the end of his life in 1971.
The Ingram Collection’s Ropes and Lorries is an exceptional example of Burra’s work and belongs to his series of war pictures, which preoccupied him from the mid-1930s. They were influenced by Burra’s reactions to the Spanish Civil War and the Second World War, which Burra witnessed through his observations of the garrisons stationed near Rye.
In Ropes and Lorries Burra portrays a landscape dominated by the mechanics of war and he has filled the composition with camouflaged trucks. In contrast to the detailed and naturalistic representation of the trucks, the soldiers are partly hidden within the composition and one of the figures seems trapped beneath the wheels of one of the trucks. As with much of Burra’s work, there are surreal elements including the unusual childlike figure that is dressed in brightly coloured theatrical clothes who clutches two ropes in the foreground. It appears as if he is seated on a swing, which may account for the title ‘Lorries and swing’ that the work was given when it was exhibited in 1970.
As with so many of Burra’s work, Ropes and Lorries is a painting that reveals more of itself the more you look at it. It is an impressive work and a key exhibit in Jerwood Gallery’s show, which runs until Sunday 7 June. Thank you to the Ingram Collection for their generosity in lending it.”
You can find out more about the exhibition and Jerwood Gallery at www.jerwoodgallery.org
Lara Wardle is Curator of the Jerwood Collection.