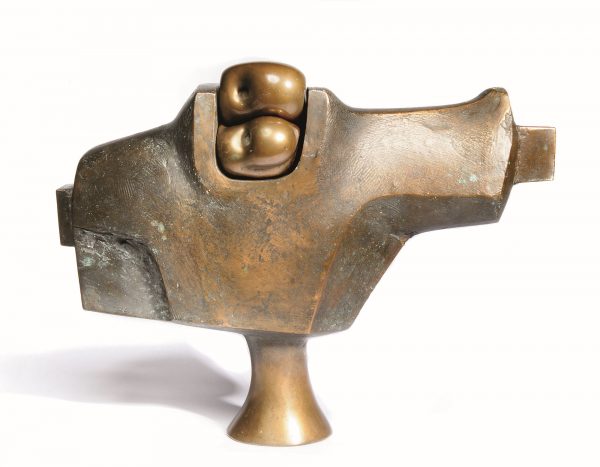 Meadows studied at the Norwich School of Art 1934–6 and at the Royal College of Art 1938–40 and 1946–8. He was Henry Moore’s first studio assistant 1936–9. Initially a conscientious objector, Meadows joined the Royal Air Force when Germany invaded the USSR in 1941. Meadows was Professor of Sculpture at the Royal College of Art 1960–80. He returned to Moore’s studio from 1977, continuing to work for The Henry Moore Foundation after Moore’s death.

Pencil and watercolour on paper

bronze with a brown patina

bronze with a green patina unique