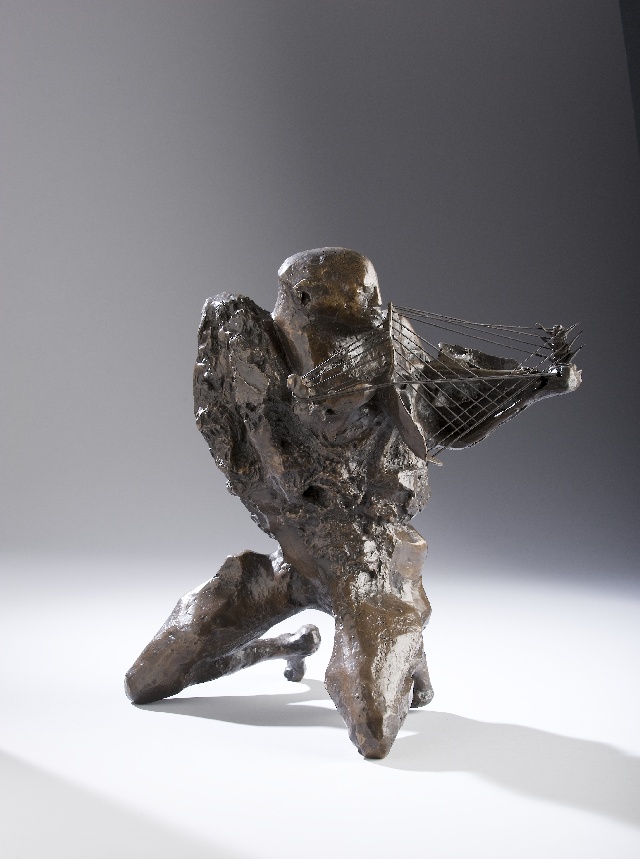 ‘Centrepiece: Maze Music’ is a new exhibition at The Lightbox featuring original works of art by students from seven local schools, who have taken inspiration from the sculpture ‘Maze Music’ by Michael Ayrton from The Ingram Collection of Modern British and Contemporary Art.

Since 2011, The Lightbox and Mayford DFAS (Decorative and Fine Arts Society) have worked with local schools on three Centrepiece projects, all of which have resulted in very successful exhibitions. The free exhibition ‘Centrepiece: Maze Music’ will be on display from 8 July – 2 August 2015.

Michael Ayrton (1921 – 1975) was an English artist, writer, sculptor, and critic, and six of his works are now part of The Ingram Collection of Modern British and Contemporary Art. Ayrton began to work as a sculptor in the 1950s, and did not receive any formal training in the technique, learning simply by studying the work of masters such as Donatello, Degas and Rodin, as well as receiving some valuable advice from Henry Moore. He was greatly inspired by his travels to Greece and Italy, where the mythological associations of the ancient sites became the stimulus for his subsequent works. He developed a passionate interest in the concept of the Maze, from the legend of Daedalus and the Minotaur. ‘Maze Music’, part of Ayrton’s ‘Maze Makers’ series, is a bronze sculpture in which the artist symbolically transforms the ‘maze’ into a musical instrument.

Students from Peter Pan Preschool Nursery, Forest School, West Byfleet Junior School, The Horsell Village School, Horsell C of E Junior School, Guildford Grove Primary School, The Hermitage Junior School and Kingfield Primary School have all been working with The Lightbox to create original works of art inspired by ‘Maze Music’. Schools attended a workshop at The Lightbox where they were able to see the sculpture ‘Maze Music’ up close and worked with the Learning Team to explore the gallery and develop skills to work on various creative activities inspired by the sculpture.

The exhibition is always popular and Learning Manager at The Lightbox, Abi Hall, commented that:

“Maze Music has inspired some wonderful artwork, including a puppet theatre and an amazing soundscape.”

If any schools are interested in taking part in the 2016 ‘Centrepiece’ project, please contact The Lightbox Learning Team on education@thelightbox.org.uk or by calling 01483 737812.