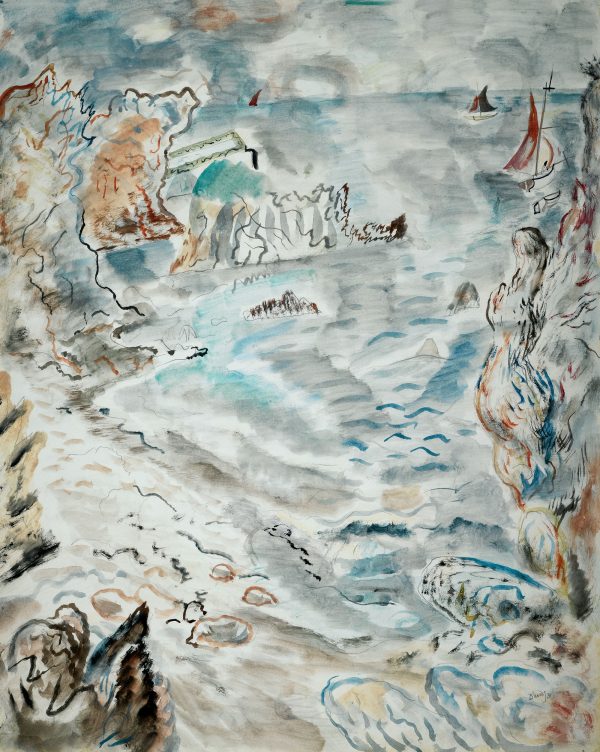 © The Artist. All Rights Reserved 2021 / Bridgeman Images
The Ingram Collection

signed and dated; also signed, inscribed and dated and titled on the reverse

with Redfern Gallery, London;
Wilfrid A. Evill, by whom bequeathed to Honor Frost, 1963

Although the location of this painting is not identified, it is typical of David Jones’ light touch with pencil and watercolour, showing little or no influence of his time working at Eric Gill’s Guild of St Joseph and St Dominic at Ditchling in Sussex during the 1920s. Instead his handling of paint foretells the way his work developed into maturity.

pencil watercolour and gouache on card