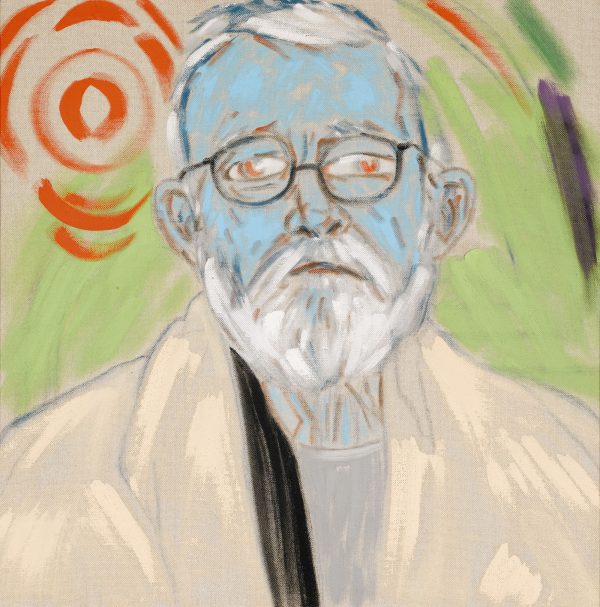 Kitaj studied at the Cooper Union Institute in New York 1950-2, the Academy of Fine Art in Vienna 1951, the Ruskin School in Oxford 1958-9 and the Royal College of Art from 1959-61 where he met David Hockney. His first one-man exhibition was held at Marlborough Fine Art in London in 1963. In 1976 Kitaj exhibited with Francis Bacon, Lucien Freud, Frank Auerbach, Leon Kossoff, Henry Moore, Howard Hodgkin and David Hockney at the Arts Council in London. He was elected to the American Academy of Arts and Letters in 1982. In 1985 he became the first American since John Singer Sargent to be elected a Royal Academician. The first major retrospective of his work was held at the Hirshhorn Museum in Washington 1981-2.