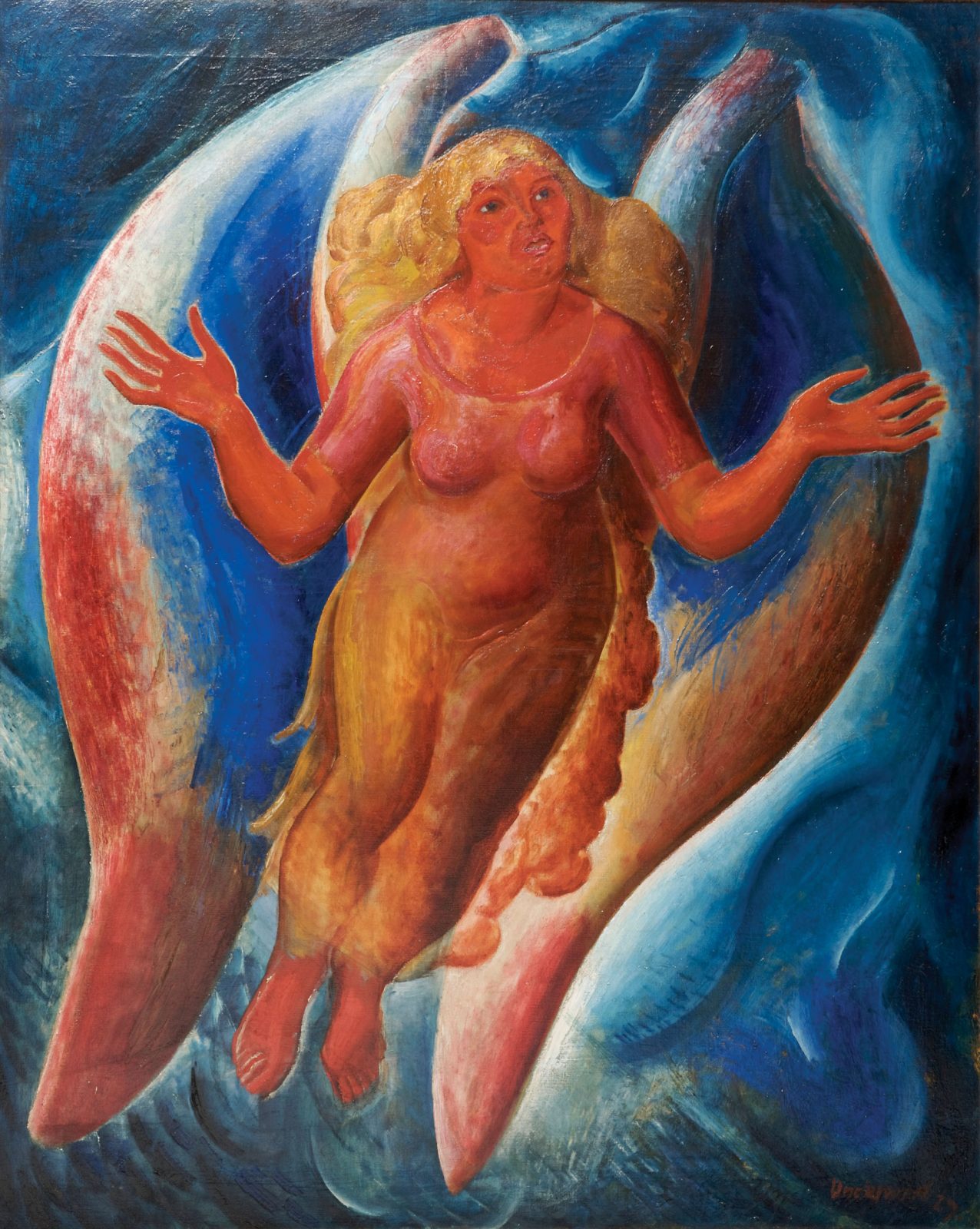 The Ingram Collection at The Lightbox: Where’s God Now?

For hundreds of years the theme of religion has been a popular subject for artists, and the latest Ingram Collection exhibition at the Lightbox explores how artists from the 20th and 21st centuries have portrayed Christianity. Changing attitudes to religion are reflected in the pieces on show, which include works by Dame Elisabeth Frink, Geoffrey Clarke, Eric Gill, Peter Howson and Tristram Hillier.

The first strand of the exhibition focuses on the highly creative and personal way in which artists have responded to stories, events, scenes and religious motifs from the Bible. The Garden of Eden and in particular Adam and Eve feature as the source of inspiration for a notable number of pieces, from the finely drawn charcoal ‘Eve No. 2’ (1919) by Austin Osman Spare, to fresh, contemporary interpretations such as ‘Adam and Eve’ (2014) by emerging artist Suk Chan which was created on an iPad. Other subjects in this strand will include the depiction of angels, as illustrated by the vibrant ‘Red Angel’ (1927) by Leon Underwood and the humanised ‘Ascending Angel’ (1932) by Glyn Philpot.

The second theme explores the powerful yet contrasting way in which artists represent Christian imagery. Part of this feature is the portrayal of the Stations of the Cross, with two large scale works, ‘The Crucifixion’ (1954) by Tristram Hillier, and ‘Resurrection’ (1999) by Peter Howson. Other notable pieces include the linocut ‘Monseigneur St Thomas’ (1931) by Cyril Power, which depicts the murder and martyrdom of St Thomas Beckett in Canterbury Cathedral in 1170. To highlight how attitudes have changed towards traditional imagery, the exhibition includes contemporary pieces such as the 2009 photograph on a light box entitled ‘Cross Dressing’ by Emma Woffenden, which depicts a white dress hanging loosely from an iron cross.

The final strand of the exhibition has two elements – scenes of churches and church architecture, and art that has been commissioned for churches. Works by Edward Bawden showcase the varying styles of church architecture, from the more provincial ‘Lindsell Church’ (1956) to the grand ‘St Paul’s from the Thames’ (1966). Other notable artists whose works portray the more traditional church scene include George Large and John Craxton. The section on art for churches features Dame Elisabeth Frink’s ‘Walking Madonna’ (1981), and the significant piece ‘Eagle (Lectern)’, which was commissioned in 1962 for Coventry Cathedral, re-built after its destruction in 1940 by German bombs. This final theme continues into The Lightbox courtyard where Geoffrey Clarke’s ‘Square World’ (1959) series of five aluminium reliefs, originally commissioned by St Chad’s Rubery in Birmingham, is on show.