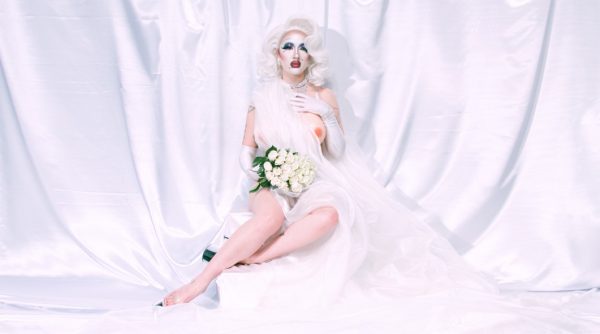 We are thrilled that Sin Wai Kin has been nominated for the Turner Prize 2022. Nominated for their contributions to British Art Show 9 and Frieze London, Sin Wai Kin was first acquired by The Ingram Collection from their Camberwell College of Arts degree show in 2016, and in 2017 they won the Ingram Prize for their work ‘Part Three: Cthulhu Through the Looking Glass’.

The Turner Jury said they were impressed by the ‘boundary pushing nature of Sin’s work, and how they deftly translated the visceral quality of their live performances into film’.

Sin’s work was described by the British Art Show as bringing ‘fantasy to life through storytelling via moving image, performance writing, sound and print’.

We caught up with Wai Kin in the run up to last year’s Ingram Prize; watch here.

Congratulations Wai Kin from all of us at the Ingram Collection!

Find out more about the 2022 Turner Prize here.